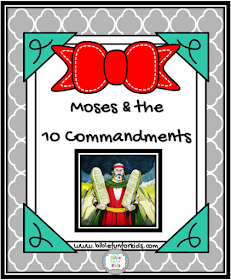 Moses and the 10 Commandments is lesson 7 in the second quarter
of our Bible study with preschoolers. 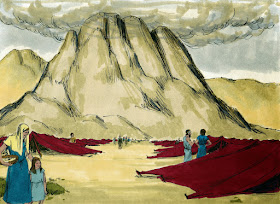 We have been studying Moses. God sent him to Egypt to talk to Pharaoh. The people have left Egypt and have been traveling for three months. 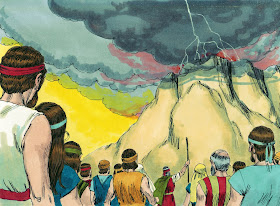 They stopped at Mount Sinai. It was completely covered in smoke. There was thunder and lightning. It was scary! Moses went up on the mountain by himself. 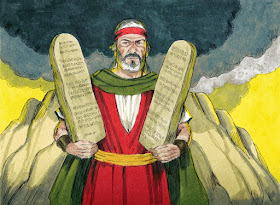 While Moses was on Mount Sinai, God gave Moses rules He wanted the people to follow. When God had told Moses everything that the people would need to know, He gave Moses two tablet made of stone. They are called the 10 Commandments. They were written on both sides of the 2 tablets of stone by God’s own finger. These are the rules that were written on the stones: 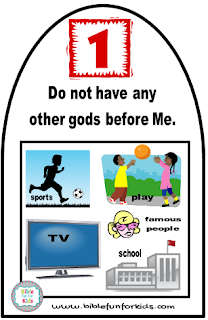 1. Have no other gods. God loves you and wants you to follow Him. 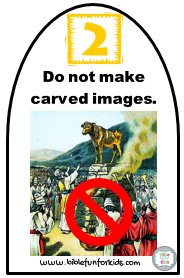 2. No idols. God wants us to worship Him only. We will talk about this commandment more next week. 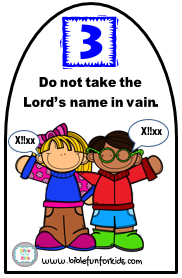 3. Do not take the Lord’s name in vain. Taking the Lord's name in vain is using His name for no reason, or using it as a swear word. It is wrong and God tells us not to do it! When someone says "Oh my G*d!" God's name is being used in vain, and it is wrong. When someone says "OMG", it means the same thing, and it is wrong. Christians are not to use God's name this way! Just because your friends do it, doesn't make it right. 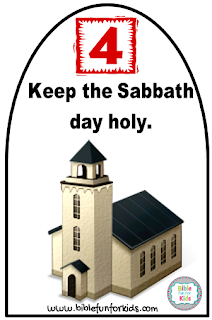 4. Keep the Sabbath Day holy. This is the only commandment that God changed when the new laws were put into effect after Jesus died on the cross. All the New Testament Christians met on the first day of the week, which is Sunday. The Sabbath was Saturday. The Sabbath was to be a day for God. The people were not permitted to do anything, or they were breaking the Sabbath laws.
(Heb. 7:12, Acts 20:7, 1 Cor. 16:2 Additional articles with scriptures: #1, #2, #3 ) 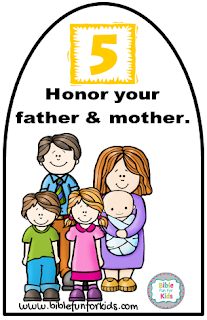 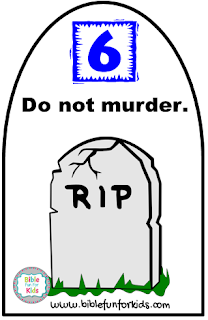 6. Do not murder. God said not to kill others. 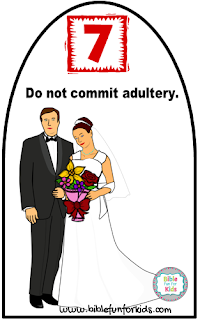 7. Do not commit adultery. God wants us to be faithful to our spouse when we are married. 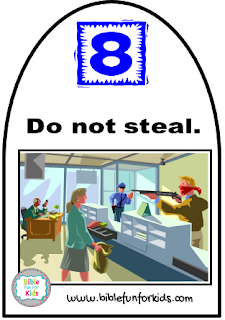 8. Do not steal. God said very simply: it is wrong to take something that is not yours. 3 words! Very clear! Do not steal! 9. Do not lie. This is the same as the last one! 3 words! Do not lie! Tell the truth! 10. Do not covet. This is to want what your friend/neighbor has. Don't be jealous because your friend has something that you want! Be satisfied with what you have! 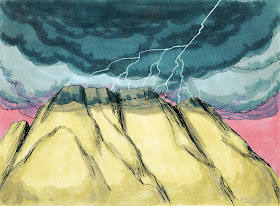 Moses was on Mount Sinai learning the rules that God wanted the people to follow. Moses would continue to lead the people and follow God’s laws. We will learn more about the travels of the Israelites next week.
Lesson found in Exodus 19-32. 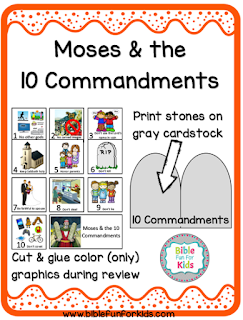 I decided to use the same basic project I use for early elementary, but updated for preschool. I printed the stones on gray cardstock and the color commandments on regular paper. I precut the commandments, paper clipping them in numbered piles. We hand out each number as we review the lesson. If you have a sticker maker, you can make the commandments stickers. I put the longer piece on the front after folding the cut out stones in half. They glued 3 commandments on each of the inside stones, then 4 on the back. Click here to download. 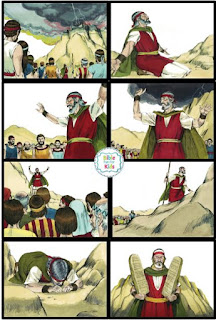 Click here to download the ten commandments pictures to color.
(These are the same as the visuals but are black & white.) 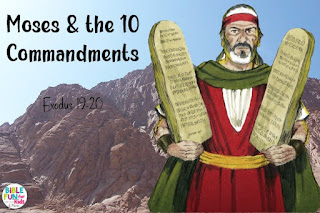 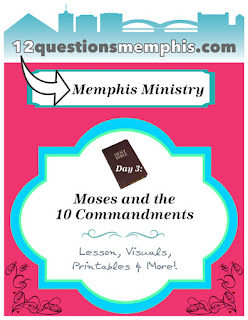 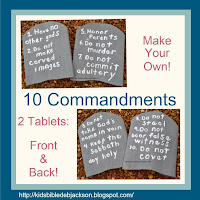