The 12 Disciples of Jesus 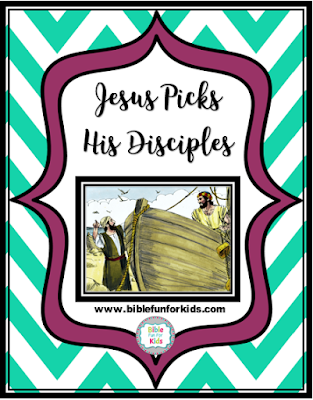 Jesus Picks His Disciples includes the printables for the dozen Disciples egg carton!
An oldie but goodie post! 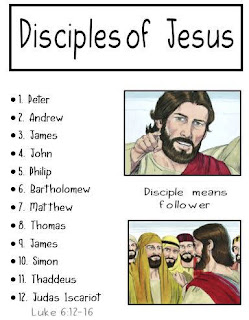 
The Disciples included three sets of brothers:
Simon (whom He had named Peter) and Andrew.
James and John, Zebedee's sons.
James and Thaddeus, sons of Alpheus 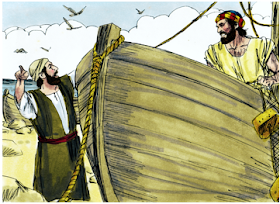 First is (2) Andrew and (4) John. At about 4 in the afternoon, Jesus talked to Andrew and John. They asked Jesus where He was staying, and He told them to come and see. They spent the rest of the day with Jesus. Andrew went to find his brother Simon and told him that they (Andrew and John) had found Jesus. 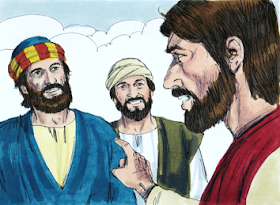 Then Simon went to Jesus and Jesus told Simon that he would be called (1) Peter which means rock. At the same time, John went to get his brother (3) James. 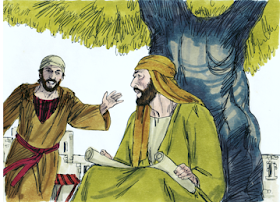 John 1:43-51 Jesus wanted to go to Galilee, and He found (6) Philip and told him to “Follow me.” Philip found (7) Bartholomew. He was also called Nathanael. He asked Philip if anything good could come out of Nazareth and Philip told him to come and see Jesus!
They went to Jesus and Jesus greeted them and told Bartholomew “Before Philip called you, I saw you sitting under the fig tree". Bartholomew was amazed and Jesus told him that he would see greater things. Because Jesus had known that Bartholomew was sitting under a fig tree, he knew that Jesus was special!
So, we have Simon, now called (1) Peter by Jesus and (2) Andrew his brother. The two brothers (3) James & (4) John. And we have (6) Philip. All of these five Disciples were from Bethsaida, which was a fishing town. People think that (11) Simon was also brought in as a Disciple around the same time. 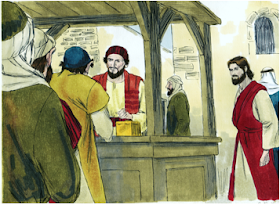 (5) Matthew was a tax collector. He collected taxes outside the city of Capernaum. People who came by him had to pay taxes for average items they traded. The fishermen also paid taxes on their catches. People didn’t like the tax collectors because they overcharged to make extra money for themselves. It was usually a 5% fee, but some things were charged up to 12%. People thought the tax collector's money was so unclean, they didn’t ask for their change! Matthew 9:9 says that Jesus saw Mathew sitting at the tax office and walked up to him and said, “Follow Me.” Matthew did. 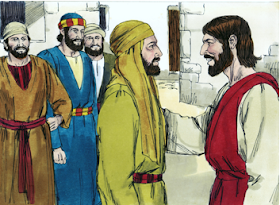 (9) James, son of Alphaeus & (10) Thaddeus. There isn’t much told to us about them. (8) Thomas is known as Doubting Thomas because he didn’t believe that Jesus, after He died was raised from the dead. 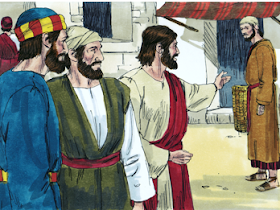 (12) Last, we have Judas Iscariot. He is the one that betrayed Jesus. He was the treasurer for the Disciples. (John 12:6) He betrays Jesus for money. We’ll learn more about him later. 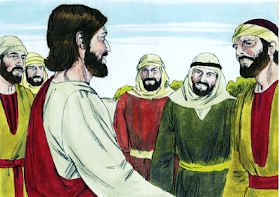 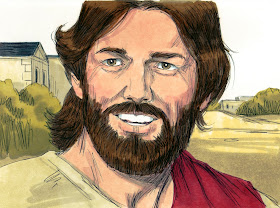 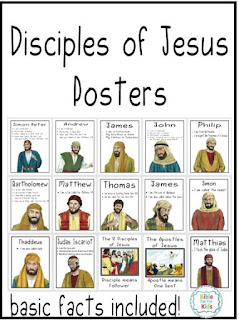 The Disciple's Anchor Charts have a picture and an 'About Me' on each page. There are several extra posters for Disciples and the Apostles are included also.
Click here to download the updated posters. 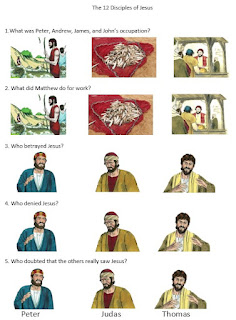 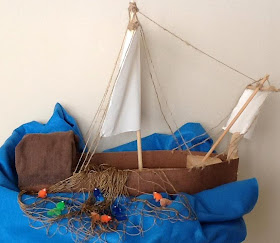 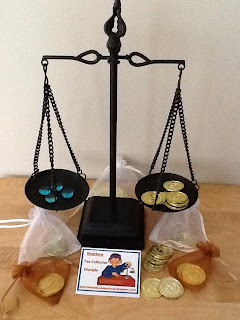 Fishing boat visual for Disciples                           Matthew Tax Collector Visual
There are two different versions of the Disciples for you to choose from:
(But the outside top cover, song, Jesus and initials are the same)
The original idea for this project was found on Pinterest (☺). Sunday School Kids created the original project (as far as I know). I wanted to print mine in color, so I made these. Their original black and white printables can be found here.

I printed the outside and added Jesus on the stick for the inside. Jesus can be printed here.

A color version for the outside top can be printed here. 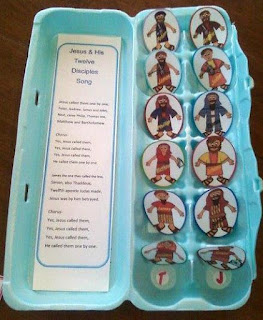 Here is the download for the Disciples in color. 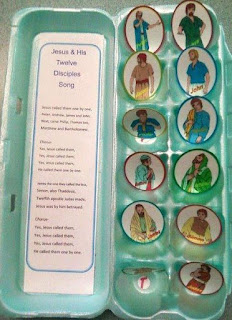 For the inside, I wanted this in color, so I printed the 12 Disciples song for the top and printed the first letter of each name and used a small circle punch to cut out. I use Aleene's Tacky Glue for my craft projects. I tried to make 'egg' shape Disciples, but they are really ovals.
Here are the initials for the Disciples. 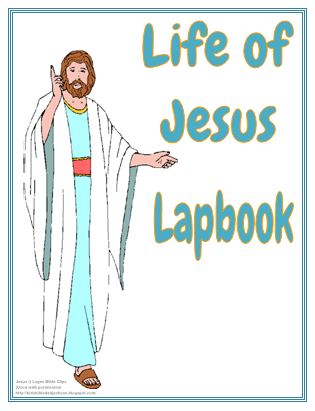 This was the workbook page for this lesson. One side is lapbook style, read the question and lift the flap to write the answer. Today, instead of gluing pictures, I put a wheel with the Disciples names. 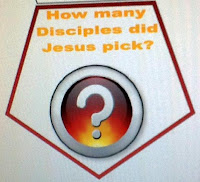 Here are the printables for the Disciples page of the lapbook:
How many
Jesus said
You can find all the download links for the Life of Jesus lapbooks and the lapbook worksheets here.
Robin Sampson sent another Disciples song to use (Thanks):
(sing to Jesus Loves Me)

These 12 disciples, all followed Jesus
But one betrayed Him,
Lord help me be true.